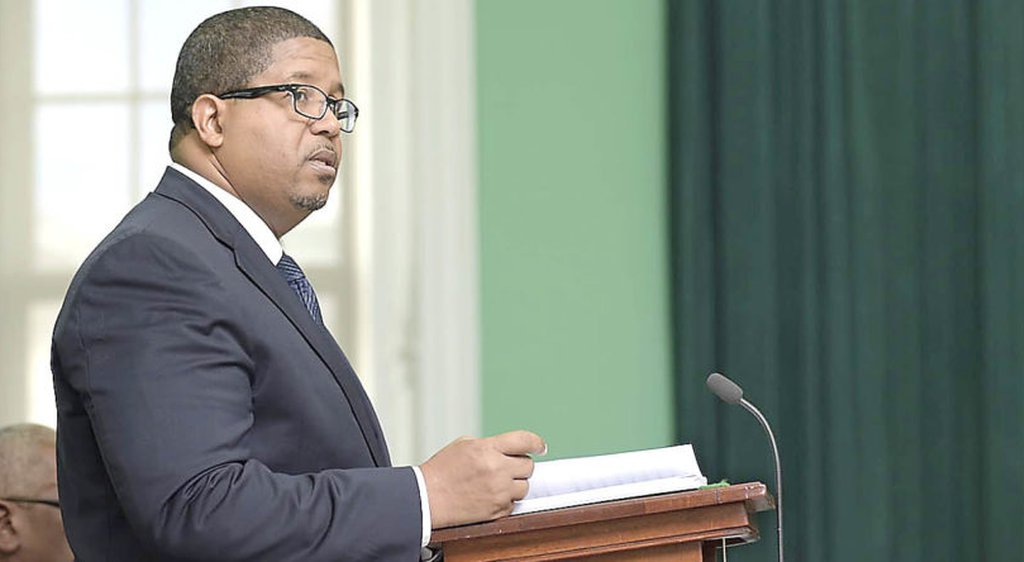 On the heels of the strongest and most destructive storm ever recorded in the Atlantic Ocean, which, in early September 2019, decimated parts of the northern Bahamas, the Government announced plans to adjust its budget and fiscal targets for the current fiscal year and its medium-term fiscal plan in the House of Assembly earlier today.

Deputy Prime Minister and Minister of Finance K. Peter Turnquest tabled the 2019 Fiscal Strategy Report (FSR), which is a legally mandated document that outlines the fiscal strategy that will guide the Government’s future budget planning activities along with a medium-term macroeconomic and fiscal outlook. Hurricane Dorian and the costs associated with the recovery effort are significant features of the 2019 FSR.

Although the Government published a Fiscal Strategy Report last year, the 2019 FSR is unique, because it contains a Fiscal Adjustment Plan. This is a requirement of new Fiscal Responsibility Act passed in 2018

“Essentially, this government and future governments can no longer make significant deviations from the budget plan and fiscal targets in a haphazard, willy-nilly fashion. Government’s must have reason to invoke the ‘Exceptional Circumstances’ clause (13) of the Act, and like we are doing now, we must explain to the Bahamian people the reason for the change and outline our plan to get back on track,” said Minister Turnquest.

“This is a new accountability feature that will help the overall fiscal management of the country. The 2019 FSR that we tabled today fulfils the legal obligations and provides the Bahamian people with an inside look into the country’s fiscal performance, outlook and future plans,” said Minister Turnquest.

Hurricane Dorian behind total damages, losses and additional costs estimated at $3.4 billion. The expenditure, revenue, and corresponding deficit targets for FY2019/20 have been changed, given the additional costs associated with the provision of social assistance programmes and restoration and reconstruction activities in the aftermath of Hurricane Dorian. The revised fiscal deficit estimate now stands at $677.5 million, or 5.3 percent of GDP for FY2019/20 compared with the approved estimate of $137.0 million or 1.0 percent of GDP.

“The Government’s commitment to fiscal discipline has been steady and unquestionable.  In the two years leading up to Hurricane Dorian, the Government achieved success in its fiscal consolidation plans, by reducing the deficit from $660.0 million in FY2016/7 to $212.8 million in FY2018/19—the lowest deficit recorded in nearly a decade. However, it is clear that the impact of this monstrous and unprecedented hurricane will prevent the Government from achieving its original targets and as such, the Government is invoking the Exceptional Circumstances clause,” said Minister Turnquest.

For the Government, Hurricane Dorian has been a stark reminder of the country’s vulnerability to climate change as an island nation. It is a reminder that the best of fiscal plans can be usurped by external factors outside of our control.

“Notwithstanding, we will remain committed to fiscal responsibility, and to converging with the established fiscal objectives outlined in the Fiscal Responsibility Act. We do not regard this experience with Hurricane Dorian as an opportunity to spend wildly, but to target our resources towards achieving enhanced macroeconomic resilience as we rebuild a better, stronger, Bahamas,” said Minister Turnquest.

“We will not be derailed. The recovery of our people and our economy is a key priority of this Administration, and we will continue to create policies that will be beneficial to the citizens of the Commonwealth of The Bahamas,” said Minister Turnquest.