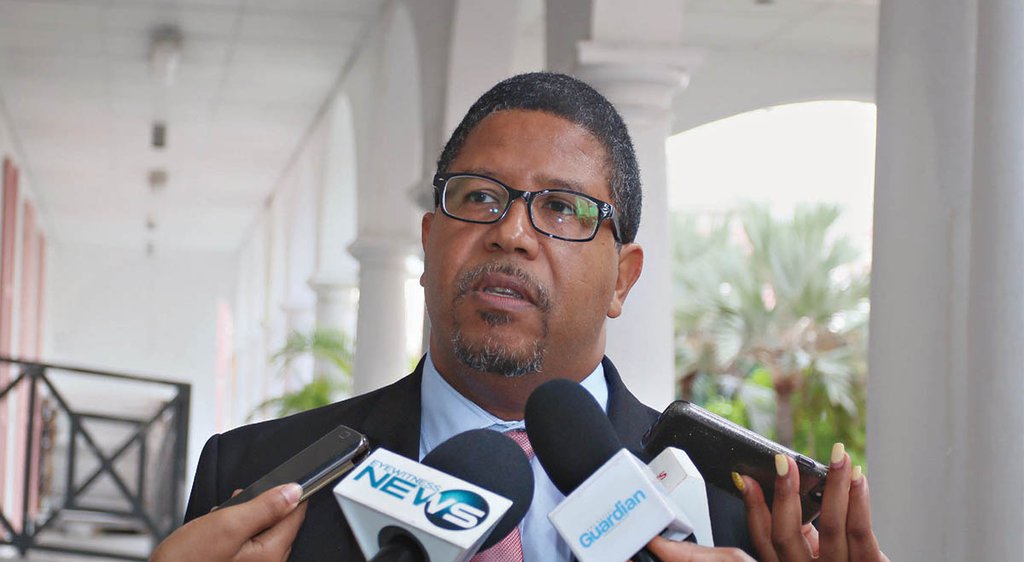 Preliminary estimates in the latest budget performance report show continued improvement in the fiscal deficit during the first quarter (Q1) of the fiscal year. Although the Government has plans to revise its fiscal estimates moving forward, as a result of Hurricane Dorian, the budget performance in the first quarter is further proof that the commitment to fiscal prudence prior to Hurricane Dorian has placed the government in a better position to manage the fiscal impact.

“It is important that we saw a strong performance in the first quarter notwithstanding the impact of Hurricane Dorian. The added strain we are now under due to these extraordinary circumstances would be exponentially worse if we had not taken deliberate action to get our fiscal house in order and responsibly manage the country’s fiscal affairs,” said K. Peter Turnquest, Deputy Prime Minister and Minister of Finance.

The first quarter report reflects a small part of the planned expenditures for relief and recovery efforts associated with Hurricane Dorian. The full impact on budgetary developments is expected to be seen in subsequent reports during the fiscal year. In November, the Government will present its revised estimates as part of the November 2019 Fiscal Strategy Report, Fiscal Adjustment Plan and Supplementary “Hurricane Dorian” Budget.

“The size of this shock will result in the Government invoking the Exceptional Circumstance clause (13) of the new Fiscal Responsibility Act, 2019. This is significant because it demonstrates the higher level of reporting, transparency and accountability mandated by the transformative new law. Although the public would certainly find it reasonable to adjust course because of Hurricane Dorian, the Government can no longer make significant deviations to its fiscal plan and legally mandated targets without first presenting a plan and rationale to the public,” said Minister Turnquest.

In the Q1 report, government revenue saw an expected expansion in VAT receipts driven by realty transactions, as well as non-tax revenue due to the $11.6 million payout the Government received from its parametric insurance with the Caribbean Catastrophic Risk Insurance Facility (CCRIF). The strong tourism performance produced a significant increase in departure taxes, which firmed by $10.0 million (33.5%) to $39.8 million.

There was a steeper than usual falloff in customs revenue between August and September—largely attributed to the Exigency Order declared in the aftermath of Hurricane Dorian, which allowed for duty concession on certain relief items. Another key driver of the $3.6 million (3.2%) decline in taxes on international trade was the recent removal of duty on certain household items.

During the first quarter, the Government initiated a drawdown of $25 million under its IDB $100 million contingent line of credit for hurricane-related social assistance and relief and restoration initiatives. This debt along with other planned borrowings in the first quarter resulted in a net increase in the Government’s debt of $64.3 million.

The government continued to support investments in its skink funds to facilitate future debt retirement. In the first quarter of FY2019/20, the Government contributed $6.7 million to the sinking funds. As at September 2019, the accumulated value of the three arrangements established to retire external bonds stood at US$155.5 million, while the two (2) local funds were valued at $9.6 million.

“The discrete decisions taken prior to Hurricane Dorian have put us in a better position to manage the fiscal risks associated with this type of catastrophic environmental disaster. Here I am referring specifically to the Government’s decision to put in place the IDB contingent line of credit, the legal provisions to provide access to the use of extinguished Dormant Account proceeds, the decision to reinstate its insurance cover with the CCRIF, and the enhanced revenue measures that were approved in 2018,” said Minister Turnquest.

“While we still have some way to go, taking these proactive steps have created a situation where the country is fortunately in a much better position financially to address these unfortunate shocks to the economy and be able to rebound more strongly,” he said.